I spent many more hours on this than I have on previous projects, also better planning and practice before painting. Using the blue tape to protect the zebras made me a bit nervous, but it worked out fine! 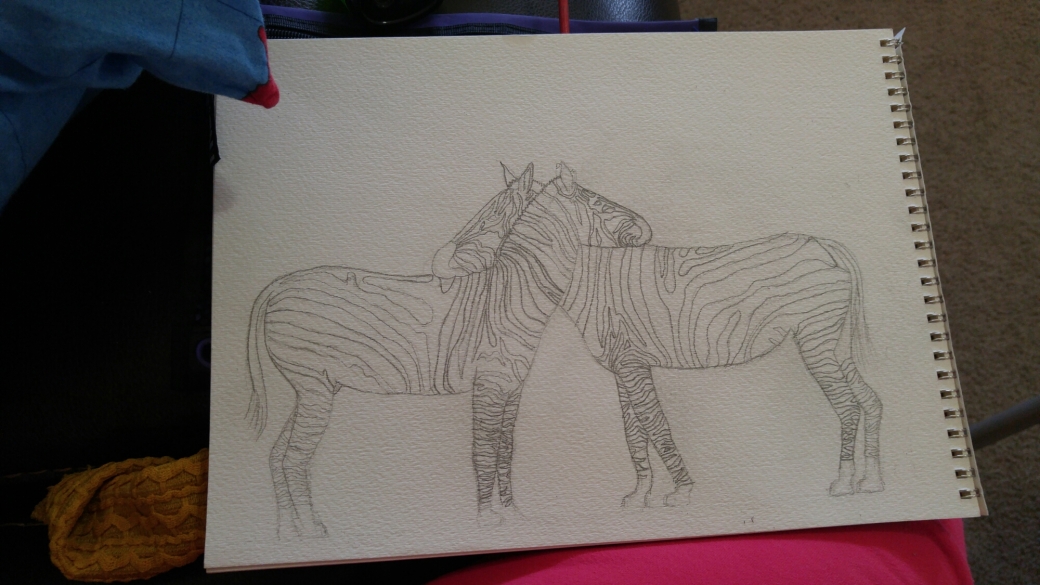 I wound up pressing hard on my sketch in order to make dark lines that would remain faint shadows after I erased them. I am going to get a lightbox or projector to eliminate this step later (when our budget allows/things stop breaking around here). But after erasing the sketch lines, it was time to start painting. 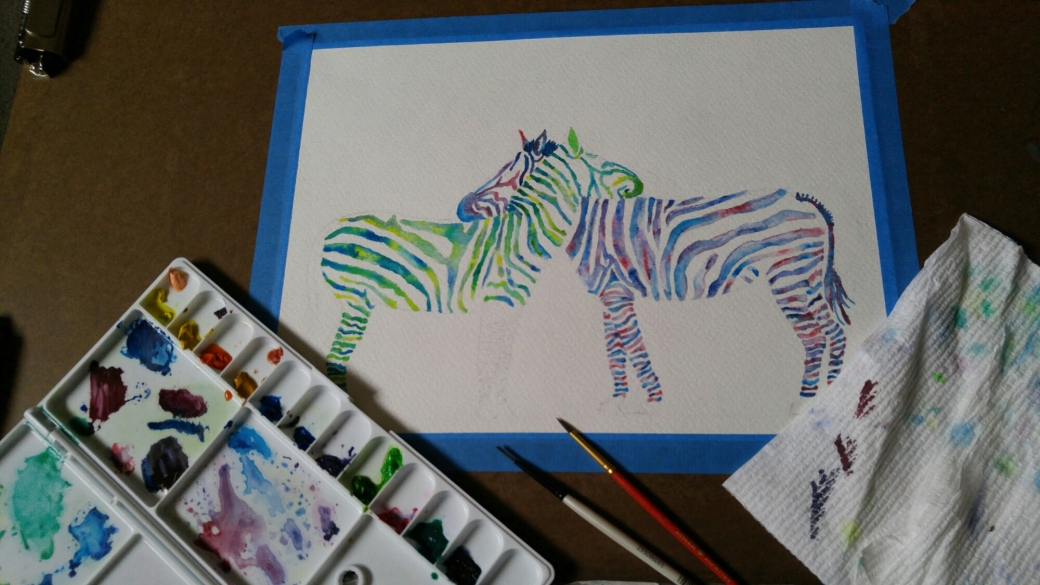 Painting the stripes on the zebras took several sessions. Then it was time to cover them with masking tape. Partway through, I decided to tape it to my window so when I trimmed the tape I could see the outlines better.

I used an Xacto knife to trim the tape to the shape of the zebras. 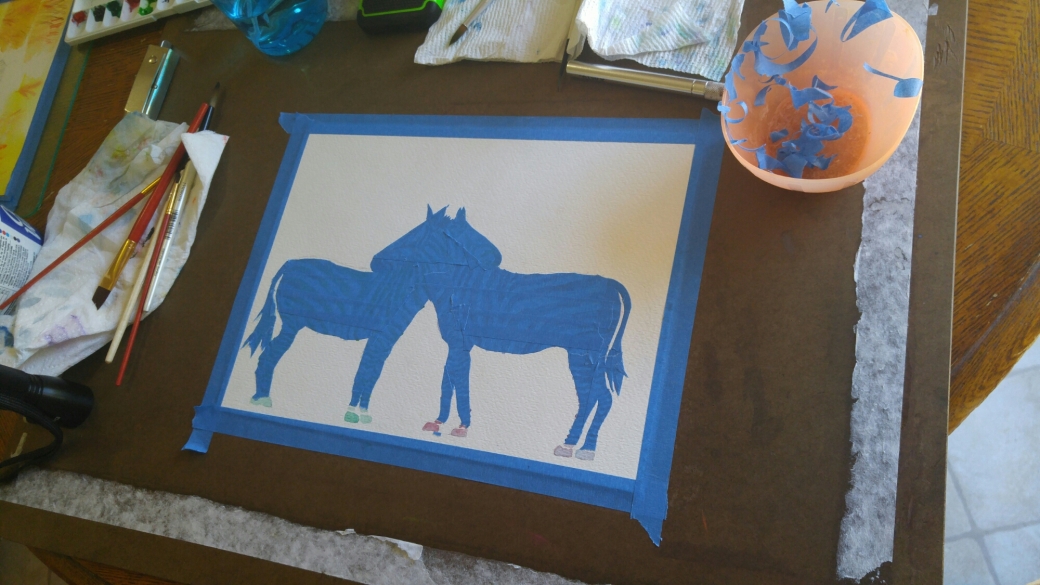 Then I used a spare piece of watercolor paper to practice my grass techniques. When I was satisfied, I went ahead and did the background. It took much less time than painting the zebras.

Then I removed the tape, and began the finalizing process. I added eyes and fixed places that needed more color. The blue tape had taken off a bit of the paint in spots. I painted grass going up over the lower legs. I added shadowing. After the shadowing, the stripes looked very muted. I wound up darkening almost all the stripes. I lightened up parts of the grass.

I am still not completely satisfied with the shading on the zebras, but I knew with all the paint on there, messing with the shadows would just muddy things. So I decided to let it go. In retrospect, I could have been more precise if I’d done shadows before the stripes.

But I was still pleased at the finished result. Fruity zebras hugging each other is nice bit of merriment!